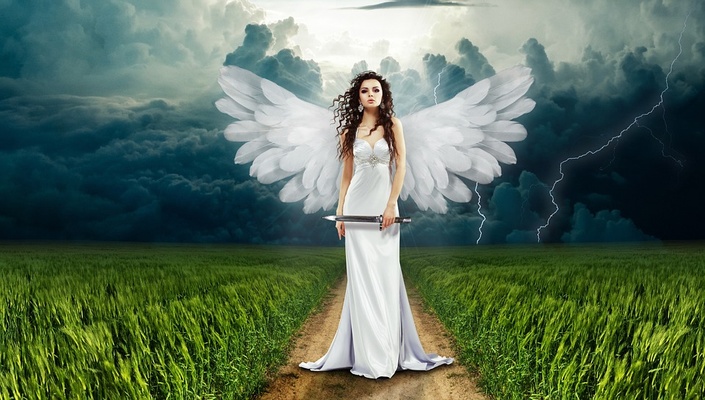 How to Create a Species/Race

Master a step-by-step process to create fantasy and science fiction races without overwhelm and indecision!

Enroll in Course
off original price!

The coupon code you entered is expired or invalid, but the course is still available!

This is the most comprehensive, step-by-step process on how to create an amazing, original species/race in 2 months or less, without being overwhelmed or unsure how to get it done.

Become an expert in creating species and races?

Create ones that makes your audience LOVE your stories/games?

Eliminate indecision & get the work done with confidence, excitement, & purpose?

Be better at this than all of your competitors so your work stands out?

Get inspired, get motivated, get it done

In 2 months or less

Your fantasy and science fiction stories can be improved with great, original species and races, Surprise audiences, take them out of their comfort zones, and keep them eager to learn more about your story world. Grip them from the start, and never let go, all with the power of invention.

Learning how to invent species we humans can relate to can elevate our work to literary stories that make people think, feel, and remember us and our vision long after they finish the last page.

Every gamer in the world has used elves, dwarves, dragons, and other staples. Why not create something they've never seen before, ones with capabilities nothing else has? Your world will be known for it - and your invention can't be used anywhere else, causing love and loyalty. Carve out a place in an increasingly crowded market with something brilliant, fun, and addictive to play.

Learn what you can expect from the course 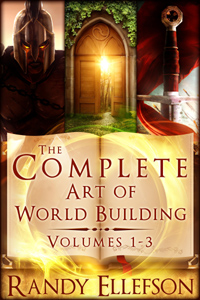 This course is based on material in the best-selling book series, The Art of World Building, by course instructor Randy Ellefson. It's the longest and most thorough series on the subject and has sold thousands of copies to aspiring world builders around the world. Best-selling author Piers Anthony, and The Forgotten Realms inventor Ed Greenwood, have both praised the series.

He also runs a related podcast, with over 40,000 downloads, from which additional material for the course is drawn. The numerous Facebook groups and forums he frequents have also made clear the need for the step-by-step process he employs here.

Over six months were spent developing How to Create a Species/Race, based on the author's experience and feedback from thousands of readers and podcast listeners, as well as those who've taken his surveys, which are designed to reveal the pain points world builders hope to overcome.

A Letter From Randy 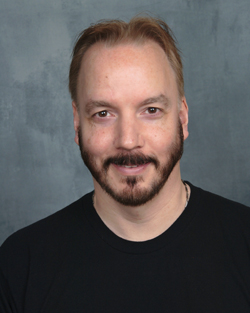 When I first started inventing my own species or races, I had no idea what I was getting myself into. But I knew it was a big deal because I mostly write fantasy, where "the usual suspects," as I call them, of elves, dwarves, and dragons were going to be there right beside mine. That's some pretty serious competition. They've been around for decades for a good reason - they're all great ideas, refined by countless people. And audiences expect them.

What if mine weren't any good? The presence of standard races would make this especially apparent. Audiences can be pretty harsh today and the last thing storytellers or gamers need is someone finding fault with another aspect of our work. There's already so much we have to worry about.

I love to joke that I find it hard to believe that God created the world in six days and rested on the seventh, because it takes me forever. Wouldn't it be great to speed up the process? Since I've been inventing species and races for over 30 years, you can save considerable time by learning from an expert. You'll even get a blueprint for filling out a file of info on your species or race, but it's not a blank template - it has sample text all over it, so there's no staring at the dreaded "blank page."

Even if you disagree with some of my approach, you'll have learned from my experience to make that decision and strike out on your own. "Know the rules before you break them" goes the expression, but there are no rules. Just things to do, and things to avoid.

Mostly, there are many things to know. And that knowledge is now yours for the taking. 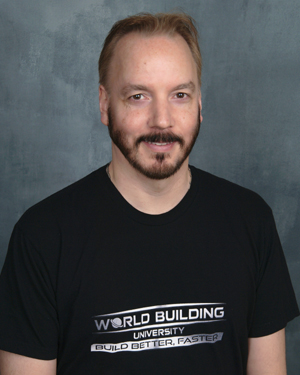 Author Randy Ellefson has been building worlds since the late 1980s and bring his extensive experience and passion to World Building University (WBU). His popular non-fiction series, The Art of World Building, is the inspiration for WBU and includes a podcast with scores of episodes.

While Ellefson has created multiple worlds, he's also spent 3 decades on a single planet, his main setting. In doing so, he's created seven unique species (in addition to humans), with multiple races of each. Few have his extensive experience or passion for world building, or take so much time out to teach others the art.

Ellefson has authored a half dozen non-fiction books, another six fantasy books, and over a dozen stories, three of which received Honorable Mentions in the prestigious Writers of the Future contest.

For support, you can email [email protected] and he'll respond to any issues you are facing. In some instances, he may have to refer you to Teachable's support (the platform hosting the courses), as some tech issues are on their end.

When does the course start and finish?
The course starts as soon as you enroll and ends after two months. Lessons are released every few days to give you time to complete assignments, review them, and be ready for the next lesson.
How long do I have access to the course?
After enrolling, you have unlimited access to this course for as long as you like - across any and all devices you own.
What if I am unhappy with the course?
I would never want you to be unhappy! If you are unsatisfied with your purchase, contact me in the first 14 days and I will give you a full refund.
How much experience with creating species/races do I need?
None! Whether you've done it many times before or never, this course will ensure you consider everything you need to know, improving your skills with repeatable techniques.
How can I access the entire course at once?
By default, lessons are released every few days, depending on how much work your assignment includes. This gives you time to focus and not get overwhelmed. I recognize that some students want to do the lessons faster or in a different order. To get the course released at once, send me an email. Note: I will only do this after the refund period has passed.
Why are the links in the video working when I click on them?
That's my fault. They aren't clickable after all, as I said in the video. Sorry for the confusion!
off original price!

The coupon code you entered is expired or invalid, but the course is still available!

Module: About the Course

Module: Reasons to Invent a Species/Race

Module: When to call it a Species or Race

Module: Their Source of Fame

Module: Whether They’re Humanoid or Not

Module: Creating Relationships with Other Species

Module: Relationships with the Supernatural